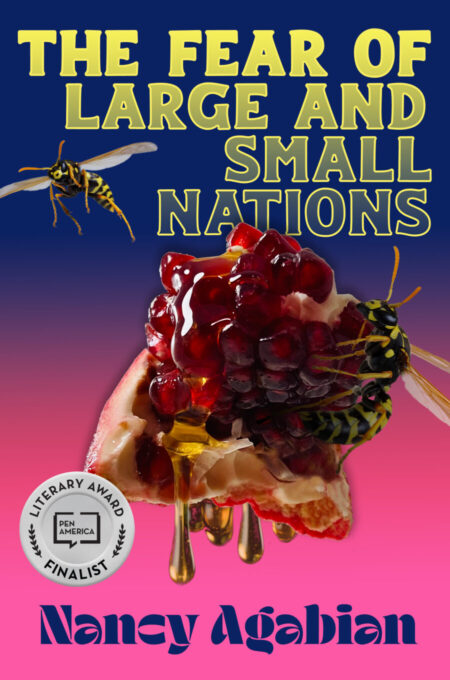 Nauset Press will publish my novel The Fear of Large and Small Nations! Honored as a finalist for the PEN/Bellwether Prize for Socially Engaged Fiction, this story of Armenian diasporic-homeland relationships will be available in May 2023. For monthly email updates on the launch date, celebrations, book readings, and where to purchase, sign up for my mailing list.

In The Fear of Large and Small Nations, feminist writer and teacher Natalee—aka Na—seeks to reclaim her cultural roots in Armenia only to be confronted with the many contradictions of being a diasporan. When she falls for a charismatic younger man and returns with him to New York City, Na becomes trapped in an abusive web of codependency, bound by intergenerational trauma, political ideals, and, above all, love. Written in gripping short stories interspersed with intimate journal entries and blog posts, the fragmented narrative reveals what is lost in the tightrope passage between cultures ravaged by violence and colonialism—and what is gained when Na seizes control of her story, pulsating in its many shades and realities, daring to be witnessed.

Praise for The Fear of Large and Small Nations:

“In this epic feminist-misadventure story, a bisexual woman returns to her twice-estranged homeland determined to find belonging. Alongside a mosaic of artists, intellectuals, and students facing restrictive gender politics, she sifts through her own traumatic history of genocide and survival, bears witness to post-Soviet echoes, all the while navigating the vulnerable borders that exist between nations and individuals. This riveting, multilayered novel will make you laugh, cry, rage, and in the end, hold it tenderly against your heart.”

“To read Nancy Agabian’s The Fear of Large and Small Nations is to experience a masterful storyteller in the process of chiseling one’s hardened stereotypes, assumptions, and meager traditions—sometimes patiently—but oftentimes with the unrelenting bang of the pulverizing pen. Just like the ancient stone carvers of the Armenian highlands, Agabian’s courageous voice clears the settling dust of despair, gives us ample room to contemplate, satiates us with hope, and ultimately empowers us to see.”

—Shahé Mankerian, The History of Forgetfulness

“Exhilarating and harrowing in turn, The Fear of Large and Small Nations uses the backdrop of Armenian politics, culture, and history to explore the joy and perils of travel, marriage, and identity while queer. I found myself fascinated by the inventiveness of the narrative style and deeply moved by this unique story.”

“Much like her beloved Armenia wedged between other countries, Na is caught in a tug-of-war between the weight of what’s owed and the acts we perform to survive. Transplanted where language, sex, and oppression collide, Na’s ear, plastered close to the ground of the female soul, exposes intimate rooms where few dare to go, where women ponder or claw, ascend or stumble along. A vanguard feminist-humorist, honest, unflinchingly brave, Nancy has written a new book that is a salve for us all.”

—Pam Ward, Between Good Men & No Man at All