Nancy Agabian is the author of Princess Freak (Beyond Baroque Books, 2000), a mixed genre collection of poems, short prose, and performance texts on young women’s sexuality and rage, and Me as her again: True Stories of an Armenian Daughter (Aunt Lute Books, 2008) a memoir about the influence of her Armenian family’s history on her coming-of-age. Me as her again was honored as a Lambda Literary Award finalist for LGBT Nonfiction and shortlisted for a William Saroyan International Prize. In 2021, Nancy received the Jeanne Córdova Prize for Lesbian/Queer Nonfiction from Lambda Literary.

Her essays have been published in Ararat, The Brooklyn Rail, Mr. Beller’s Neighborhood, Kweli Journal, The Margins, Pangyrus, Women Studies Quarterly (The Feminist Press) and the anthologies Homelands: Women’s Journeys Across Race, Place and Time (Seal Press) and Forgotten Bread: First Generation Armenian American Writers (Heyday Books). Collections of her poems appear in the anthologies Birthmark (Open Letter Press) and Deviation (Inknagir). Her fiction has appeared in Newtown Literary Journal, The Hye-Phen Magazine and the Queering Yerevan anthologies Queered and In and Between the Republic.

Nancy’s recently-completed novel “The Fear of Large and Small Nations”, on influences of nationalism, corruption, and family on personal liberation in post-Soviet Armenia, is based on her experiences as a Fulbright scholar to that country; the manuscript was honored as a finalist for the 2016 PEN/Bellwether Prize for Socially-Engaged Fiction.

Nancy has also written and performed several one-woman shows which have been presented internationally — in Geneva, Milan and Yerevan.  With Ann Perich, she formed the folk-punk duo Guitar Boy and released a CD, Freaks Like Me.

Nancy has an MFA in Nonfiction Writing from Columbia University’s School of the Arts. She taught creative writing at Queens College for ten years as an adjunct, where she was awarded for excellence in teaching in 2012. She currently teaches in the Writing Program at the Gallatin School of Individualized Study at New York University.

As a community writing workshop leader, Nancy has worked with multicultural groups in Los Angeles, women writers in Yerevan, and immigrants & first-generation writers in Queens, New York, where she lives. Her most recent community-based workshop was Creative Writing from Queer Resistance at the Leslie Lohman Museum in NYC. She was a member of the staff collective of The Hye-Phen Magazine and the Board of Directors of Newtown Literary Journal. She is currently a board member of the International Armenian Literary Alliance. In 2012, she founded Heightening Stories, a series of community-based writing workshops for the personally brave and socially conscious, online and in Jackson Heights, Queens. She currently lives in Massachusetts, where she is a caregiver to her elderly parents. 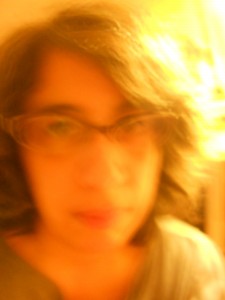 Nancy Agabian was born in 1968 to Armenian American parents in Walpole, Massachusetts, where she grew up.  She later attended Wellesley College, graduating with a studio art major.  In 1990, she moved to Los Angeles, where she started writing poetry in Michelle T. Clinton’s multicultural women’s poetry workshop at Beyond Baroque Literary/Art Center in Venice.  Over time, she created and performed several one woman shows, presenting her work at Highways, Beyond Baroque, the Cleveland Performance Art Festival, the Marsh, and other venues.  Her first book, Princess Freak (Beyond Baroque Books, 2000), a collection of poems and performance art texts, documents her coming of age as a “bisexual Armenian Princess Freak”.  For the traditional Armenian community, Princess Freak provided the much needed voice — funny, self-deprecating, and blunt — of a young woman questioning her sexuality and determining her future apart from her parents.

Also in L.A., Nancy collaborated with Ann Perich as the folk-punk duo Guitar Boy, writing and singing lyrics that skewered pop culture and the art world; in 1999 they released a CD entitled “Freaks like me.”

In 1999, Nancy moved to New York to attend Columbia University’s MFA Writing Program, where she was awarded the Dolores Zohrab Liebmann Fellowship.  Her master’s thesis was an early draft of Me as her again: True Stories of an Armenian Daughter (Aunt Lute Books, 2008).  The book tells of her quests to L.A., New York and the interior of Turkey to discover a unique identity between her Armenian family history and queerness, via the stories of her genocide survivor grandmother and her feminist mother who came of age during the 1950s in the U.S.  Me as her again was lauded with a nomination for the Lambda Literary Award in LGBT Nonfiction and shortlisted for a William Saroyan International Prize for Nonfiction Writing.

From 2006-07, Nancy was a Fulbright Scholar, teaching Creative Nonfiction at Yerevan State University in Armenia, where she wrote a blog of essays, “One Armenian World”; she transformed the blog into “The Fear of Large and Small Nations,” a novel on the conflicts of culture, capitalism, identity and war as manifest in the lives of Armenian artists.   She tri-authored the experimental book (An)daratsutian Mej or In the (Un)Space (Women’s Resource Center, 2007), with writers Shushan Avagyan and Lara Aharonian, also Armenian, during a year that they were all dislocated; each woman wrote on Armenian identity in the language she felt most comfortable with (English, French and Armenian), and in journalistic, personal and critical styles.  She led a women’s nonfiction workshop at the Women’s Resource Center in Yerevan (funded by CEC Artslink), which resulted in Matnashoonch (Metis Press, 2007), an anthology in Armenian and English which brings to broader audiences the stories of contemporary Armenian women.

In 2007, a few women from her nonfiction workshop in Yerevan went on to start the Women Oriented Women’s Collective, which later became the queer women’s artist’s collective Queering Yerevan.  Nancy participated in the group’s third exhibition in 2010, leading “Physical Translating”, a body-based writing workshop for women.  Her work is featured in QY’s book Queered: What’s to be done with Xcentric Art and In and Between the Republic.

Nancy continues to perform.  Her performance “Water and Wine”, a critique of the limited role of women in the Armenian Church, based on stories written within Me as her again, has been translated to Eastern and Western Armenian, and French, and is performed with a translator: it has been presented in Yerevan, Los Angeles, and Geneva; the text was published in Women’s Studies Quarterly in 2006.  “Family Returning Blows”, about domestic violence in Armenia and the Armenian diaspora, was commissioned and presented at the Jerome Zodo Gallery in Milan in 2011.

Nancy has been a community-oriented teacher, first leading writing and performance workshops at the age of 26 at Beyond Baroque in Los Angeles, where she was an artist-in-residence for five years. Since receiving her graduate degree in 2003, she has taught as an adjunct at Queens College (where she was awarded for her excellence in teaching in 2012), Mercy College, LaGuardia Community College, The NYC College of Technology, and at the Gallatin School of Individualized Study at NYU.  In the summer of 2009, Nancy taught “Our Side”, a creative nonfiction workshop for immigrants and the children of immigrants, at Topaz Arts in Woodside, funded in part by the Queens Council on the Arts and Poets and Writers. From 2017-2018, she taught three cohorts of the Creative Writing from Queer Resistance workshop at the Leslie Lohman Museum in NYC. In 2012, she founded “Heightening Stories”, a community writing organization in her living room.  A 2013 Laundromat Project Professional Development Fellow, she was inspired to curate “Beyond Diversity” at Queens Pride House: a local political networking salon for artists, activists and neighbors, funded by the Queens Council on the Arts in 2014.  More information about her teaching can be found on the Teaching page of this website.

A recent copy of Nancy’s CV can be found here: Nancy Agabian_CV 2021